When Apple introduced the iPhone 2007, the reactions were phenomenal. There was nothing like this on the market before, Apple used a 3.5-inch multi-touch touchscreen and multiple sensors like GPS or an accelerometer to generate a holistic user experience. And furthermore, they opened the App store and invited developers to contribute to the platform. At this time, Google was also working on their first version of Android. When they saw the keynote about the iPhone, one of the developers said: Ok, we can throw away our drafts and start from scratch. 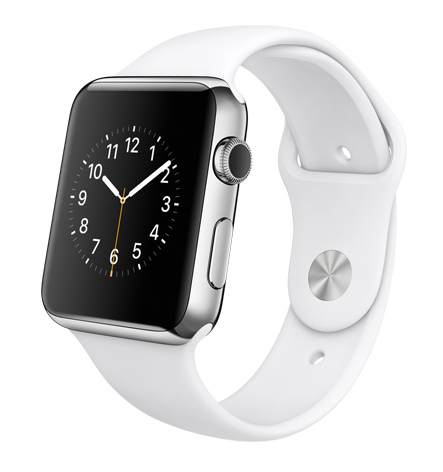 Apple showed us, that a phone can look different. Apple has never invented a new component – GPS sensors or accelerometers existed before. What was new was the combination of these things. They bundled the power of multiple components and sensors and created something visionary. Apple was not the first company that brought Internet on the phone, but thanks to the large screen, browsing the web became feasible for the first time.

And now, everybody expected that Apple will break boundaries again. The expectation was showing the world, that design and technical functionality are not a contradiction. Unfortunately, the Apple Watch is just more of the same. When Samsung introduced their smartwatch Galaxy Gear, no one was excited. It was just as expected: A square display and user interface that was carelessly adopted from smartphone interfaces. When Motorola introduced the Moto 360, people were more excited. It was the first time, a large community of people saw a round display for a smartwatch. Well, it is debatable if a round display is the best solution for a smartwatch, but the fact alone that the screen is round triggered something in our brain like “It is new”, “it’s an innovation”. Apple missed that with their watch but still, they will find buyers who love it.

Now it’s up to you – will you buy a smartwatch? Here is an overview: